What is the Do No Harm Pledge?

We are asking people to commit to do no harm through interpretation of Holy Text or other religious writings. This includes harm caused on the basis of sexual orientation, gender expression, race or faith tradition.

Magistrates are responsible for signing off on the three most important documents of a person’s life; their birth certificate, marriage license, and death certificate. Using religion to deny people equal protection under the law is both unconstitutional and ethically immoral.

Members of every faith tradition have the special responsibility of providing a safe space and using language that is not harmful.

Every business owner has the right to decide who they will serve. However, using religious text to violate the rights of everyday people has several negative implications, and is overall bad business.

Legislators are responsible for creating laws that are put in to place to protect people’s civil rights, as well as give people the opportunity to openly express their beliefs without harming others.

Every magistrate has the right to recuse from performing all lawful marriages based upon any sincerely held religious objection. -Senate Bill 2

Beliefs Should Not Be Weapons

Choose to not obstruct the right of other citizens to have equal protection under the law.

Do No Harm is a national campaign of the Freedom Center for Social Justice. Our organization does work at the intersections of faith, race, and classism as it relates to the LGBTQ community. We are committed to using the Do No Harm Campaign as a means to peacefully oppose laws, institutions, and perspectives that do harm to the LGBTQ community as a whole. Do No Harm is gaining momentum in its nerve center of Charlotte, NC, and we will be using our learnings and tools to train other local communities on how to implement the campaign in their own cities and states. If you have an interest in joining the Do No Harm movement, please contact us!

Be a catalyst for change. Get involved.

“People should be allowed to be themselves without feeling ashamed or scrutinized! #DoNoHarm”
Renee Newkirk
MSW Student, UNC Charlotte
“…Future generations shouldn’t have to face the challenges the modern world does in this present day. The dream for the future is that this nation will say no to disrimination.”
Khaijah Ham
Student, Charlotte Mecklenburg High Schools
“This campaign means something big to me, my bestfriend is trans* and the more he can be himself, the happier I see him.”
Cora Ligmore
Student, Charlotte Mecklenburg High Schools
“We are all one people. No judgement should be allowed in a place of worship. I stand by this because it is a powerful cause. God loves us all, so why shouldn’t we?”
Michael King
Student, Johnson C. Smith University

Join us in helping ensure all citizens receive equal protection under the law.

keep up with our cause.

Official Do No Harm Promotional Video!

Thank you Guene for our wonderful video! 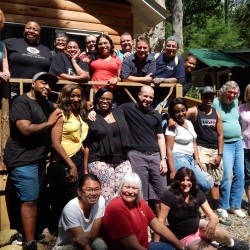 Do No Harm Team @ TFAAN Retreat in Black Mountain NC!

The Do No Harm Team had the priveledged opportunity to join the TFAAN Retreat participants and have them sign the pledge! We had the best experience meeting some of the most influential members of the trans* community, and allies as well. 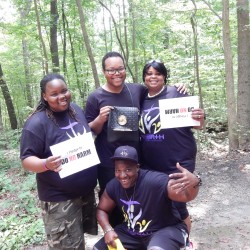 ReBirth Church in Charlotte NC Supports Do No Harm!

On July 25th, the Do No Harm Outreach Team hit Idlewild Park in Matthews, NC. While we were there, we ran into Rebirth Church! They were holding their 3rd annual anniversary cookout, and many members of their congregation hopped on board with the Do No Harm Campaign. Thanks Rebirth, and Congratulations on going 3 years[…] 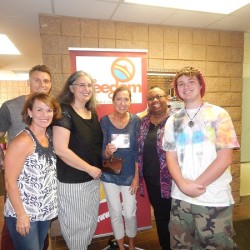 Do No Harm @ Campus Pride’s Trans* Day of Action

The Do No Harm Campaign team headed to Campus Pride’s Trans* Day of Action to get people to sign the pledge! We enjoyed our time hanging out with the campers, and truly conveying the message of what it means to Do No Harm. (In Photos) PFLAG, Diego Sanchez, Vita E., and J. Mason III! 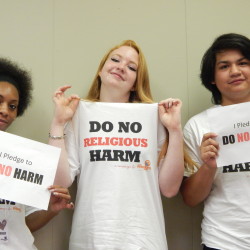 The Freedom Center for Social Justice officially launched our “Do No Harm” Campaign on July 24th. The premise of the campaign is encouraging members of the community to commit to do no harm through interpretation of holy text or other religious writings. This includes harm caused on the basis of sexual orientation, gender expression, race[…]

Interested in launching Do No Harm in your own community? Let us know!